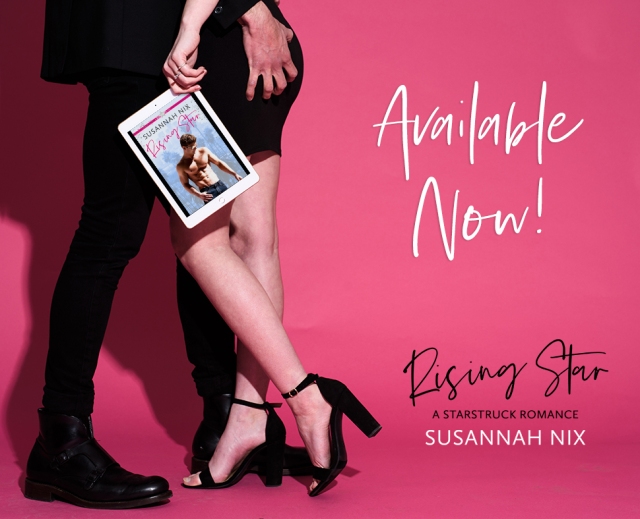 The hot doctor beside Alice—better known to television audiences as the adorably charming Dr. Ethan Convey—bent over to check the patient’s chest drainage unit. “Chest tube output is twelve-hundred cc’s. Prep for thoracotomy.”

His hip bumped against Alice’s, and she shuffled aside to give him more room. They were working in tight quarters, and part of her job was to stay out of everyone else’s way. But as she reached for a scalpel on the tray of instruments beside her, she misjudged how close it was and knocked the whole thing over, sending hemostats, forceps, and scalpels flying with a deafening clatter.

“Ow!” the man dying on the gurney cried out as he flinched away from the flying medical equipment. 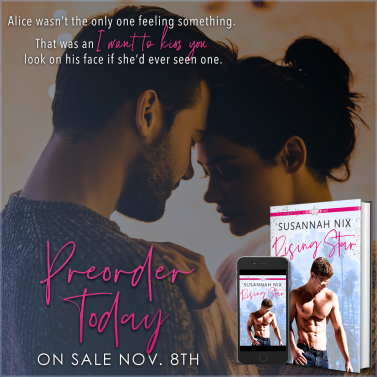 The director ripped off his headset and approached with a thunderous expression on his face. It was Dean Harwell’s first time in the director’s chair on Las Vegas General, and the technical challenges of filming the show’s complicated trauma scenes had been giving him fits all week. Dean was moonlighting from his regular job as star of Las Vegas General’s better-rated lead-in, and had only ever directed two episodes of his own show before this. The producers had done him a favor letting him direct, but at this point it was clear to everyone that they’d made a grievous mistake. The guy was in way over his head, and had been taking it out on anyone and everyone with the misfortune to attract his attention.

Alice’s feet weren’t the only ones that shifted nervously as Dean stormed toward them. The other two nurses in the scene—a background actor named Diane and a minor recurring cast member named Abby—shrank back and hung their heads. Even Griffin Beach—who was in his seventh season as series regular Ethan Convey and had recently blown up the box office in the fourth installment of the blockbuster Troublemakers franchise—visibly winced. Only Alfie Crosby, a forty-year veteran of stage and screen sitting comfortably at the top of the call sheet seemed unfazed by the oncoming tantrum.

“Why is the dead guy talking?” Dean demanded, red-faced under his backward Yankees cap. “And moving?” 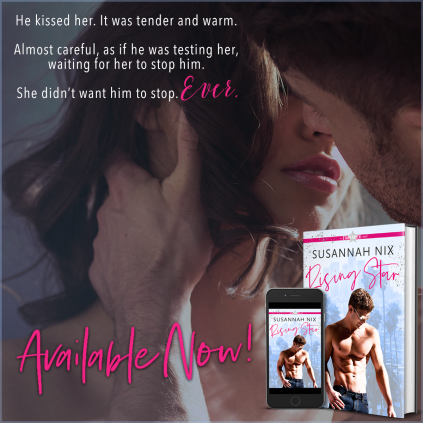 Once upon a time, Alice had actually thought Dean was hot, but that was before she’d had the pleasure of working with him. Funny how much less attractive some people became once you got to know them.

“He’s not dead yet,” Alfie said, looking more amused than anything. “There’s another page of dialogue before he codes.” According to The Hollywood Reporter, Alfie was being paid a cool half million per episode, so he could afford to be amused.

“She threw a tray of sharp instruments at my face,” the not-dead-yet actor mumbled in his own defense.

“Sorry,” Alice said again. In an entire season working background, this was the first time she’d ever ruined a take—but of course Dean didn’t know that.

“Background are supposed to be seen and not fucking heard!” he shouted. “It’s right there in the goddamn name: background!”

All the extras on his own show despised him. Alice had talked to some of them in the commissary last week, and they’d offered their condolences over Dean’s guest directing stint on LV Gen. Now she knew why. 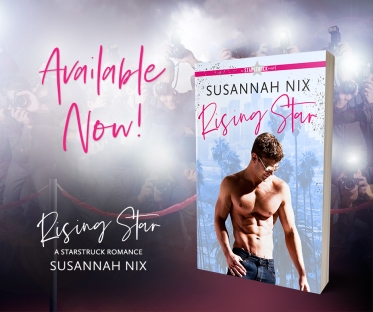 Dean started to take a menacing step toward Alice, but Griffin Beach inserted himself between them. “It was my fault,” he said, facing down Dean with a level stare. “I bumped into her and made her knock the tray over. If you’re gonna be pissed at someone, be pissed at me.”

Alice could have hugged him for taking the bullet for her. Not that she ever would. There was a strict caste system in place on set. Extras who got too familiar with the talent would quickly find themselves out of a job and unlikely to be assigned a new one by the casting agency.

She hid gratefully behind Griffin’s broad shoulders and kept her mouth shut while Dean railed about professionalism and the fact that it was only eleven a.m. on Wednesday and they were already four hours and ten pages behind schedule. Someone might have pointed out that they were only behind because of Dean’s inexperience and repeated tantrums—this was his second outburst of the day and they were still hours away from lunch—but no one did, because it would only antagonize him and lengthen the duration of his tirade.

It was a full five minutes before he lost steam and stalked back to the monitors.

“Thank you,” Alice whispered to Griffin as soon as Dean was out of earshot.

Griffin gave her a wink so devastatingly sexy she felt her knees go wobbly. So much for not paying attention to how attractive he was.

“Don’t worry about that apple-faced goon,” he whispered back, covering the mic tucked under his shirt as he leaned toward her. “He’s not even qualified to be the assistant manager at PetSmart.”

Alice swallowed, momentarily paralyzed by the perfect storm of Griffin’s kindness and sexy proximity, combined with her own overwhelming gratitude and embarrassment.

“Boy, what a dickhead,” Alfie announced loudly, not caring who heard him. “Who told that moron he could direct?”

Griffin snorted and wandered back to his mark, leaving Alice to pull herself together and reapply her veneer of detached professionalism.

Props came through and reset the scene, Dean called action, and they started again from the top.

This time, Alice managed not to throw a tray of scalpels at anyone.

Get your hands on RISING STAR: 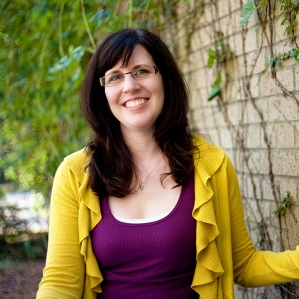 Susannah Nix is the author of quirky contemporary romances about smart women and swoony men, including the Chemistry Lessons series of romcoms featuring STEM heroines and the Starstruck series of movie star romances. She lives in Texas with her husband, two ornery cats, and a flatulent pit bull. ​

When she’s not writing, Susannah enjoys reading, cooking, knitting, watching too much television, and getting distracted by Tumblr. She is also a powerlifter who can deadlift as much as Captain America weighs.