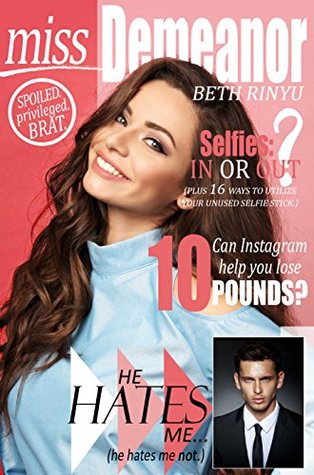 I will admit that I had a few issues with Rose’s attitude especially in the beginning. Now after reading the entire novel, I wonder if her attitude at the beginning is overtly so to showcase how dramatically she changed. But there is one quote that stuck with me:

“I knew he [father] was expecting the same hard work and dedication that my brothers had shown when they had graduated school a million year ago, but I shouldn’t have been held to the same standards as them. I was a girl after all. It was the man’s place to take care of me.“

I mean seriously! This is 2018! I almost put the book down because of this quote. But luckily Rose’s character grew and developed. Part of that was due to her utter hatred towards Alex Andrews the nephew of the man who hired her as a favor to her father. Alex hated Rose because she reminded him of his soon-to-be ex wife. He did everything he could to get to her even writing into the advice column that Rose runs.

Alex’ uncle, Henry forced Alex chaperone Rose during his weekly visit to the homeless shelter as piece for their magazines. This visit was a turning point in their relationship–no longer were they trying to out-do each other. Instead, they worked together to help William, a homeless veteran that has cancer. Bonding over helping William begins to spill over into other aspects of their lives even in the publishing house. Alex no longer wants to punish the spoiled brat and re-thinks his original assumptions about Rose. Rose begins to see that Alex is more than a pompous ass.

After beginning a friendship and then a committed relationship, Alex still had issues talking to Rose about his past. Rose had a few deal breakers–no lying and trust is a must. Alex withheld an important truth from Rose. Rose had a huge family issue that put numerous things in her life into perspective.

While I was completed pissed about Rose’s attitude at the beginning of the novel, I can see why the author gave her numerous stereotypical spoiled rich girl attitude. Without that overtly spoiledness, Rose wouldn’t have been able to transform as she did. There were aspects of Sofia Kinsella’s Shopaholic series.